"The album opener alternates between dreamy, almost Guided by Voices–like acoustic interludes and Who-style anthemic bursts – Tre Cool thinks he did his best drumming ever on it. Billie Joe Armstrong calls the first line – "I'm running late to somewhere now that I don't want to be" – one of his all-time favorites. 'It's my favorite beginning of a record that we've ever had,' he says. 'I think it's so relatable, whether it's going to your job or going to the dentist.' Another lyric, 'How did life on the wild side get so dull,' touches on Armstrong's post-rehab struggles: 'How do you deal with dealing with yourself? Before it was, I'll have a beer. Now, you have to sort of learn how to breathe a little bit more. I have never been good at boredom. I never know what to do when it's, like, you and you're alone with yourself.' (Track by Track Guide, Rolling Stone) 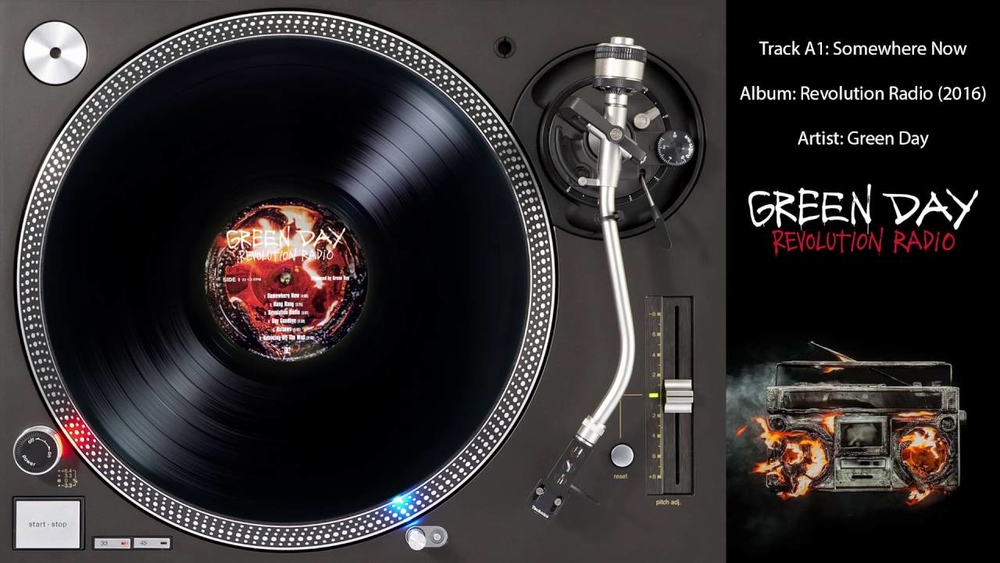 Revolution Radio received positive reviews from music critics. At Metacritic, which assigns a normalized rating out of 100 to reviews from mainstream critics, the album has an average score of 72 out of 100, which indicates "generally favorable reviews" based on 29 reviews.

Aaron Burgess at Alternative Press observed "It's the first time in years Green Day haven't had all the answers. But as a statement on how it really feels to fight, it's the closest to the truth they've ever gotten." Gwilym Mumford of The Guardian stated "[after their last few albums] the band have decided to get back to basics: Revolution Radio is their most focused work in years. Lead single Bang Bang sets the tone, with a caustic consideration of the fame-hungry psychosis of a mass shooter."Somewhere Now" as written by and Mike Ryan Pritchard Billie Joe Armstrong. Green day band has released their twelfth studio album Revolution Radio and is currently on the road touring. We want to highlight the twelve tracks on the album by featuring a song from the album every month to celebrate the year of #RevRad. The album starts off with "Somewhere Now" which many described as a Who-esque song. It begins with a gentle acoustic guitar followed by: 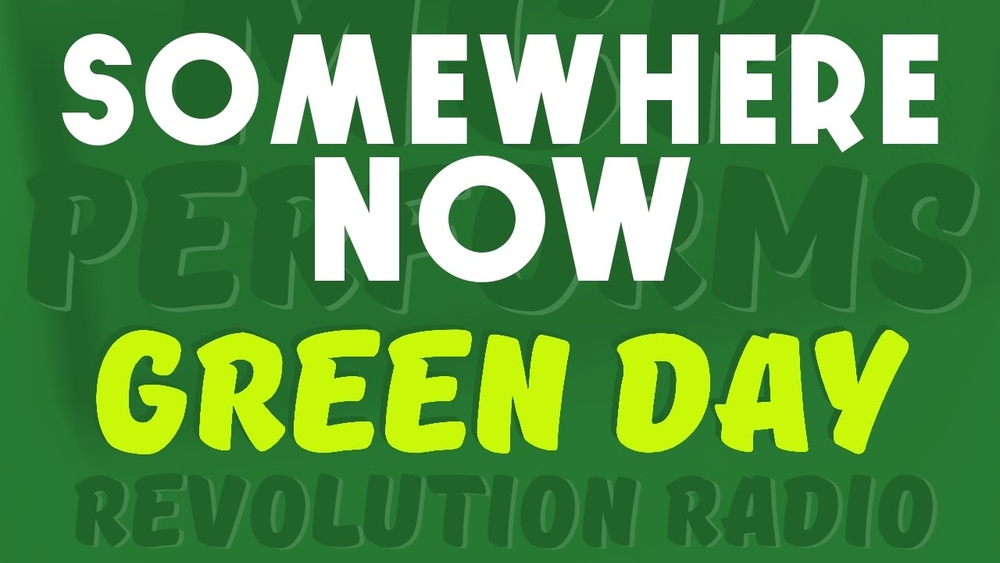